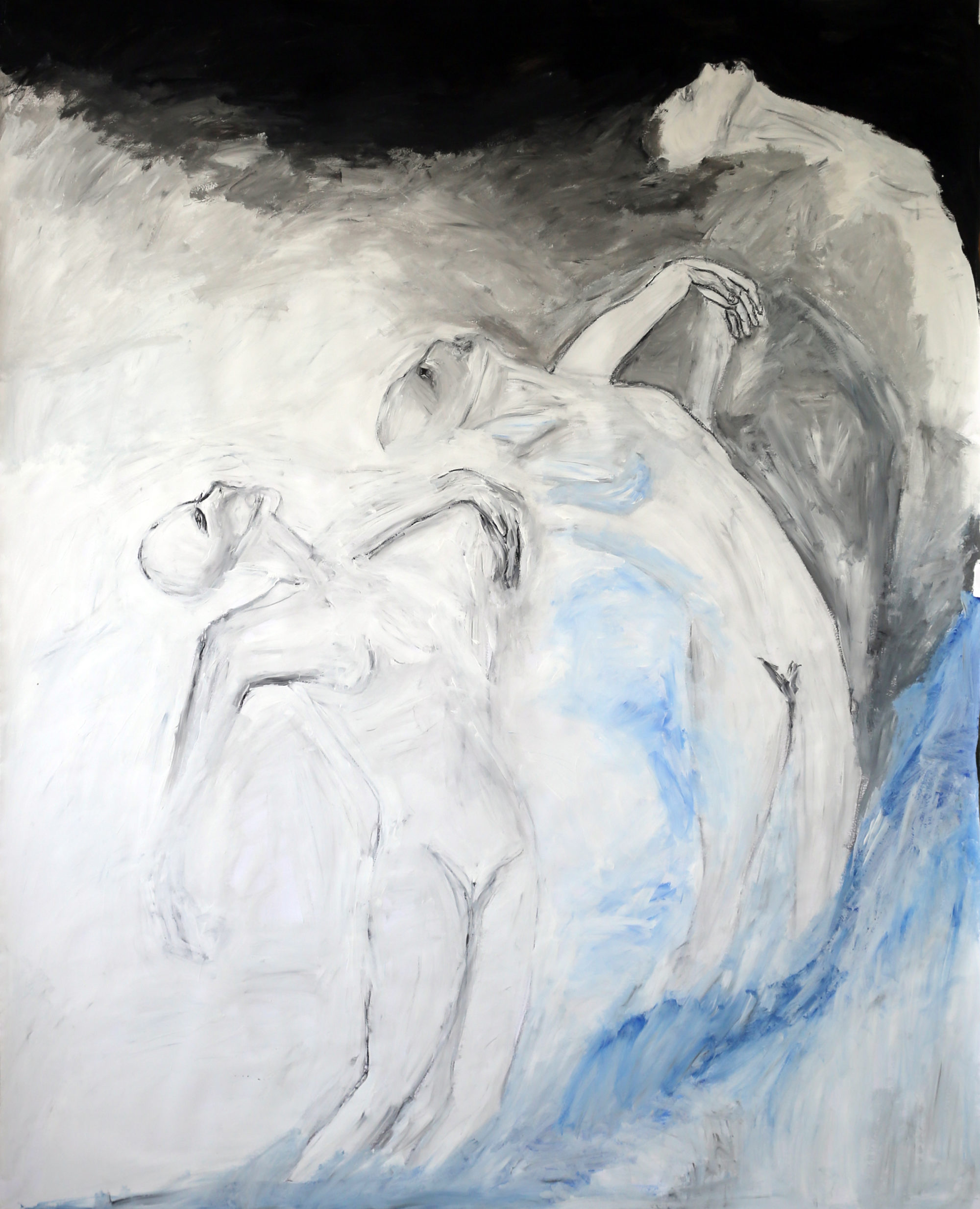 In this series, shadows begin to emerge alongside the figures, giving a sense of a connection with the past. The figures loom larger than the landscapes, representing a tension between the two, a struggle between identity and all that surrounds it. There is a feeling of flux that continues through each of the pieces in the series, but also a sense of stillness. Multiple figures appear for the first time. The paintings use both oil and acrylic, though oil has more of a presence than in previous works.
Having relocated to The Netherlands, and being the only member of her family not based in Ireland, the artist has a sense that she has dislodged but also gave new dimensions to her identity. This series is about the processing of identity, about how you ground yourself within the narratives of nationality, family, place and self.